Distractions On The Screen 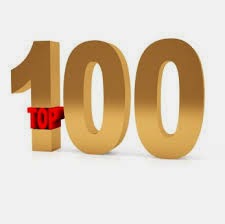 As was mentioned in a previous post, we were discussion what some of our favorite movies are in the office this past week. It came about from the simple fact that there are a few people in the office that had not seen what many of us thought were some of the better movies. So, with that in mind the mass email was sent to see what movies everyone considered ‘must watch’ options. Not necessarily the best movies ever made but the ones that we thought everyone should view at least once.


For me, having watched too much television and seen too many movies in my life, this was a particularly difficult task. Actually, many of the movies I first thought of are the ones that inevitably steal hours from me when I can’t help myself from watching them. The original email sent out asked us to list our top ten and that was quickly becoming an impossibility after about ten seconds of consideration. So, instead of sticking within the numeric confines, I pulled together a much longer list. Despite its length it comprised about 5-10 minutes of thought.


Many of the movies on my list are simply great movies and are recognized as such by countless top movies ever made or award winning films lists. Others are not as obvious but because I can’t help but watch at least 10 minutes of the movie when I am skimming through channels I had to put them on the list. And there are others, this is where many of the historical and documentary movies come in, that tell a story that should be heard.


So, here in no particular order is the 100 movies that, for one reason or another, I think that people should watch. Actually, that’s not true. I have put the movies in a very rough four tier system with every 25 or so movies in a rough groups (they are color coded below).


Well, that is the list that I have now. It will certainly change as I put more thought to it and, in fact, it has changed several times from when I started writing this post until now. While I may have cut them or have yet to think of them, what movies are missing from this list? What are some of your favorites and/or the ones you can’t help but watch whenever you see come across it when channel surfing? And, of course, what movies would you eliminate from the list above? Make your own list and maybe do the same thing in your office. Who knows, you may have a movie or two in common as I found out with a few of my colleagues.
Posted by Unknown at 11:56 PM