I Finally Got A New Phone… 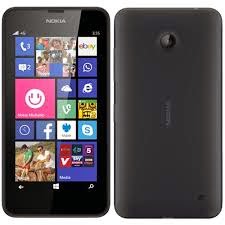 For the last 5 years I have been relying on the iPhone to be my mobile office. There were only a handful of times when it didn’t hold up in this application so I can’t say that, overall, there is anything wrong with the iPhone as a whole. However, lately there have been a few issues that have become more prominent as the battery life has become shorter and shorter and the speed of the phone has been anything but fast at times. Having become eligible for an upgrade, I had an important decision to make as to whether I should stay with Apple or to cut the cord and move on to another company and operating system. That was the basis of my question last weekend.


After considering what I really needed the phone to do during the day I made the decision to go a different direction and pick up the Nokia Lumia 635. That’s right, this past week I hopped off the iPhone bandwagon and joined my wife in using a Windows based smartphone. While I am not a fan of Windows 8 on a laptop, it makes a lot of sense on a mobile device.


Having been using it for a few days, I am pretty impressed with the functionality of this phone especially considering that the MSRP is about a quarter of that of the iPhone 5s which I was also considering ($140 vs $550). Especially convenient is the fact that the battery, with fairly regular use while I have been trying to figure out the functionality, lasts for about a day and a half. And while it may not have the same apps that are available from Apple, I can’t say that I am missing anything. In fact, some of the comparable on the Windows are actually better than the iPhone.


It has been interesting so far in that more people have asked me about this phone in just a few days than had asked me about my iPhone in the last 5 years. I guess people are just curious when someone doesn’t buy an Apple or Android based product. Of course, this is my initial experience with the phone.


There may be some things that I don’t like that will come up and there are certain operations that will exceed my expectations once I create a Microsoft account and gain full access to the entire suite of operations. With that said, having played a bit with my wife’s phone already, I am looking forward to the benefits and not expecting many shortcomings beyond simply learning a new operating system. Only time and use will really tell and I will be sure to write about the experience at a later date.
Posted by Unknown at 11:49 PM