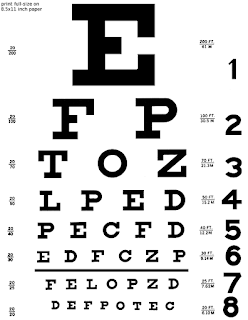 It seems that whenever we take our son to the doctor there is always another appointment to be scheduled. Thankfully, he is actually pretty good in the waiting room and even on the examination table so long as we are there and there is plenty of tissue paper to play with. However, the service that we have received from his current pediatrician has fallen far short of the expectations of quality care. The last two appointments are indicative of this level of service.

With our overachieving son deciding to cut about a half dozen teeth at the same time, we have run into a few bumps both during the night and throughout the day. It has interrupted his sleep patterns which have always been pretty good and it has had an impact on his eating. While he is still healthy and generally happy he does have his moments and once things had continued for some time we decided to bring him in to see the doctor. Keep in mind that this was after we called and were told to bring him in to see said doctor if things continued.

While I am not usually a stickler for these things when I make an appointment to see the doctor, especially when acting upon their own advice, don’t give us a hard time making the appointment and make sure that we see the doctor not just someone you call “doctor”. On top of that, it would be nice if this “doctor” would follow the same plan as the actual doctor instead of contradicting almost everything that we have been told and arguing with us each time we said anything.

That was just the first example. The second is the fact that one of the nurses, who too frequently handle the appointments, insisted that we take our son to an Ophthalmologist because he would probably need either glasses or a temporary eye patch. I honestly never noticed a lazy eye but we made the appointment to get it checked out and my wife and I spent some time trying to figure out how to deal with this new situation as we waited for the scheduled day to arrive. A couple of weeks ago, we took our son to see the specialist and it didn’t take but maybe 10 seconds for him to tell us that there was nothing wrong.

It wasn’t even a question… he found nothing. And, while he wasn’t about to say anything directly, we had a little conversation about how we should have probably never been sent there. Nice to have a professional back up the opinion that I have already been forming in my head about the current office. Needless to say, it has not been an easy experience and continued to be a difficult process simply getting someone on the phone at times as well as every time we try to schedule an appointment. Goes to show, sometimes the most well-meaning opinions and advice that you received about a place beforehand are, at the very least, subjective and experience is what really matters.
Posted by Unknown at 4:25 PM