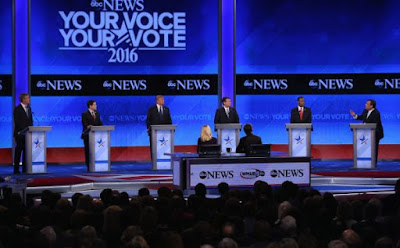 Regardless of your party affiliation, it is always entertaining to watch the first votes cast of the year. Of course, having both tickets up for grabs makes for a much more interesting few weeks. As the results are tabulated in Iowa and then New Hampshire the following week, you can see the energy shift from one candidate to another. Sometimes the results are expected as they essentially meet the predicted percentages that the polling reflected days or weeks prior. However, sometimes there are little twists that basically throw the nomination back up in the air.

This year, Iowa gave us the first culling of the heard on both sides with O’Malley, Huckabee, Santorum, and, unfortunately, Rand Paul, suspending their campaigns following disappointing support. At the same time, there were a few candidates that got a surprising level of support in the first round with the socialist Sanders nearly edging out Clinton, Cruz winning by a surprising margin over Trump, and Rubio nearly taking second place from the lewd Billionaire. However, when all the votes were tallied and the concessions faded into the campaign records, Rubio seemed to be the most presidential both in the support that he received and the gracious yet substantive speech that he made.

The Iowa Caucus made for some intriguing foreshadowing for what was to transpire in New Hampshire Primary where the outsider candidates, Trump and Sanders, claimed victory. Not surprisingly, following a poor debate performance over the weekend, Rubio fell a couple of spots. However, in the end, the primary did just what it was designed to do… it narrowed the field as both Christie and Fiorina suspended their campaigns following single digit turnouts.

If you want to know what role these initial dry runs have on the process, this is exactly it. We can’t head into November with a dozen candidates on the ballot. In a matter of two weeks a half dozen campaigns came to an abrupt halt. However, it seems as though the vote is still quite divided, more so than it has been in some time, and this whole process could drag on into the summer when Pennsylvania has a darn good chance of determining who will represent their party in the Presidential election. This is clearly case on the Republican side but is also a possibility on the Democrat side as the FBI may finally catch up to Clinton and the vacuum could draw a few more late entries into the fray… makes you wonder why Clinton’s campaign slogan isn’t “Catch me if you can!”

Anyway, it should continue to be an interesting race throughout the year especially if Trump keeps putting his foot in his mouth and Cruz keeps hiring actresses that will put anything in their mouths. Maybe we get lucky and both happen opening the door for Rubio. Of course, this is only half of the ticket and I am curious to see the candidates that have been bandied about as running mates. Could Rand Paul still be in the mix? I guess we will have to wait and see.
Posted by Unknown at 9:44 AM