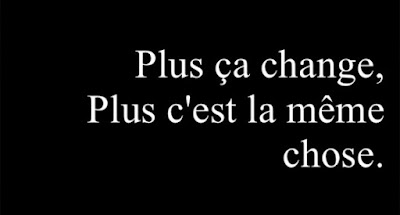 While I usually have the news or some kind of talk radio playing in the car on my way home, for some reason I decided to flip through the music stations when I got in the car after work on Friday night. As Talking Heads fed their unique rhythm through my speakers the song cut out as a text message came through the speakers from a brother from the lodge. The first part of the message was making sure that we were prepared for the following week which was immediately followed by a simple phrase that caught me by surprise, “Check out FOX news terrorist attack in Paris”.

I didn’t even reply to his message before tuning the radio to FOX News. While there were grandiose statements and tenuous links trying to be made by the commentators to other attacks from the past, namely 9/11, this was completely different. However, I couldn’t help but think about that moment when I watched the second plane plunge into the tower. That is immediately where my mind went so I could understand the desire that the host had to make the connection.

These events are certainly linked by the fact that they are heinous acts by terrorists but there is little else that can be said that they have in common. While the magnitude of 9/11 is far greater than that which has just transpired in Europe there is also a part of me that looks at these calculated events as something possibly more sinister. The hijackers on 9/11 only saw the faces of the people on the plane while many of the evil doers in Paris could see the people that they killed. In some instances they probably looked them straight in the eye. I honestly don’t know which is worse or if either could be considered worse. These animals are evil. That is basically all I can say.

In the days since it has been a different reality in France. Their perspective on the world and of the terrorist element that taints society has certainly changed. This is one of those events that changes how people view the world in general and the capacity of evil that certain individuals possess in particular. For many, this is a conflict from which they are no longer removed. It is a time for change. I don’t know what that change will be exactly but there are certain aspects of life that will never be the same for some people.

However, for now, all we can do is hope for some peace in Paris, France, Europe, Western Civilization, and the world as a whole. After all, while evil will always exist and these visceral events will surely happen again, those who ascribe to this immorality are the minority. We are stronger than evil and we will prevail both in France and throughout the world.
Posted by Unknown at 11:58 PM