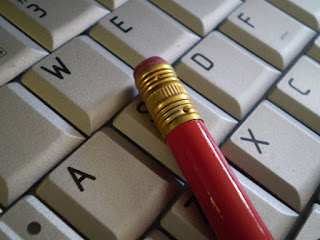 Earlier in the month I shared some story notes that I uncovered during a bout of digital archaeology and last week I posted another piece that I jotted down between a couple of blog posts and projects. Well, it happened again. While doing some work and personal research this past week, a small light began flickering in my mind like a projector and played a small scene for me. All that was shone is what is recorded below. This, like the other ideas recorded on this blog, might be interesting to pursue when I have a little more time to commit to this type of writing. But, for now, here is what was played for me…

Jim was never a morning person and never pretended to be one unless he was applying for a job. This was the conflict that stirred in his mind as the alarm echoed off the empty apartment walls.

He kicked the soiled sheets to the other side of the bed and placed his hand in the cold empty hollow in the mattress next to him. It almost didn’t feel like it was worth it to try and get up but he could stand the thought of lying there alone.

As he staggered to his feet the faux floor whined between his toes. In the bathroom he plunged his worn face in the stagnant sink filled with the same water that had been lingering for days.

The spotted mirror told him all he needed to know reflecting his shadow riddled eyes buried behind his beard.

He rustled through his clothes looking for something that could pass as presentable, something that may have appeared on a store shelf in the last twenty years.

Cleaned and dressed to the standard that had haunted him for the past three years, he opened his bedroom door and walked down the short moonlit hallway to the stack of disposable bowls awaiting him in the kitchen. Like the hundreds of days before, he opened the only stocked cabinet, pulled out a box, and watched the sweet processed puffs as they piled into the paper vessel.

Some people take great care with their diet, Jim was not one of those people.

By the time the sun had begun to inch over the horizon, he was already walking deliberately down the stairs, step by step, counting each one as if the total would be different than all the other days.

The orange and red of the sky surprised him and a smile nearly curled the corners of his mouth when it was quickly slapped from his face by the noise of the city. His simple routine had taken him nearly two hours and now the remaining minutes of the early morning were few and precious.