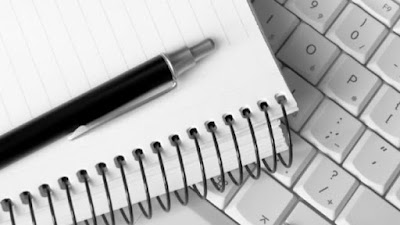 Recently, while going from one topic to the next whether that be at work or while writing about different topics for the blog I find my mind wandering a little bit into the other side of my brain. It’s almost as if it fell off that fine line that I am constantly walking between the two hemispheres and all of the sudden the ideas for stories begin flowing through my fingers. They are only glimpses but, like the rough ideas that I shared before which I uncovered in my computer, I wanted to share them here. After all, you never know what I might do with them…

Ben had been up all night with the only light shining on the dark country road being the one piercing through his kitchen window. The highway asphalt in the distance had been quite for hours and the autumnal wind carried with it the scent of the approaching season. His work was done, for now, but his labor was just beginning.

The hinges screamed as he pulled the front door toward him. A sound that had become all too familiar in recent weeks. But in that moment, in the darkness of morning, he was the only one who could hear the house shrieking.

His legs were heavy from the rigor of the night and while a fog filled his eyes his mind continued to meander through memories. It took an unexpected effort to traverse the walkway but he endured the haunting thoughts and failing limbs finally slumping over on the rusted trunk of his car.

He swung open his creaking door and collapsed into the tattered driver’s seat. Turning the key he hoped that the engine would start just one more time. He had a lot of things to do that day but his only desire was to stay home. As the exhaust plumed in the rear view mirror he swallowed the last remanence of cold coffee, rubbed his eyes with his red hands, and slowly skidded down the leaf strewn driveway.

The winding road coddled his eyes while the pings of loose pavement kept his lids from closing. It wasn’t long before he could see the lights from the gas station emerge from the crest of the hill, people walking back to their cars with steaming cups, and the traffic light blinking yellow and red like a beacon on a desolate shore.

As he turned the corner he could hear a rumble cascading across the road. By the time he turned his head the truck had already breached the passenger door. His body was thrown across the intersection until finally resting face down in front of the weathered array of lingering campaign signs.

When the police arrived, they found nothing to identify him, a car which had disintegrated into an unrecognizable heap of scrap, and a heart that had long since stopped pumping. The only thing that they knew about him is what witnesses heard him gargle from between the blades of grass…